What is a Pro-Life Democrat? 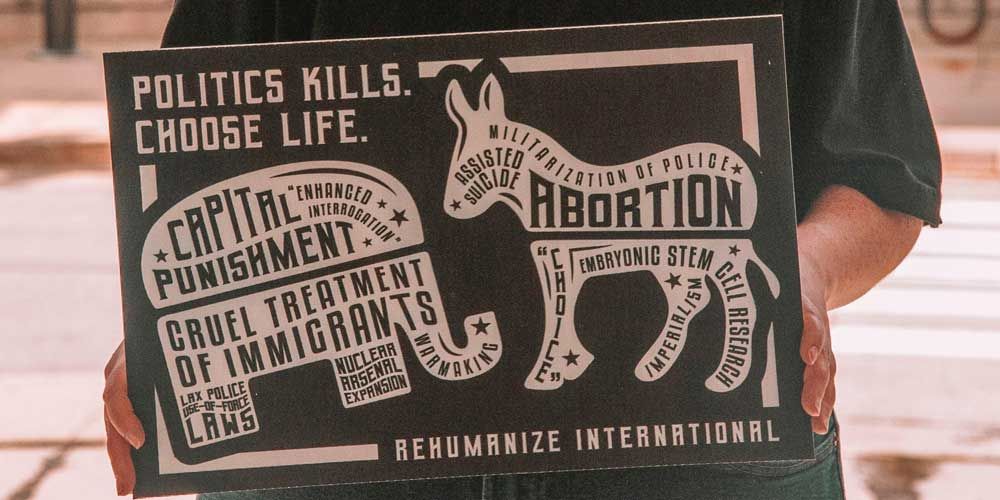 When I tell my friends that I’m a pro-life Democrat, they get really confused real fast. What even is that? So … are you pro-life? Are you a Democrat? Which is it? Their surprise is, to some extent, understandable. Our modern political climate feels so thoroughly partisan that it sometimes feels like breaking out of one “Democratic” or “Republican” mold is impossible. But it’s not -- in fact, I’m far from alone. There are some twenty one million pro-life Democrats all over the country, and even two of them in the United States Senate. And we’re just as diverse as any other group that large -- some of us are moderate, some like myself more progressive. We come from all regions of the country (the YPLD National Board has representation from South Carolina, Oklahoma, California, Alabama and Massachusetts!), and represent all sorts of lived experiences. But we’re all united by the same thing -- a shared commitment to defending life everywhere, “from the womb to the tomb.”

So what is a pro-life Democrat? I’ll make this really simple. We believe, without question, hesitation, or reservation, that the rights to “life, liberty, and the pursuit of happiness” are inalienable. And first among those is the right to life. And we believe, without question, hesitation, or reservation, in practicing what we preach, wholly and consistently. That means affording legal protection to preborn children in the womb, yes. But we won’t stop there. It means working to abolish the death penalty too -- if the right to life is inalienable, how can the state take it away as punishment for a crime? It means fighting for universal healthcare. It means fighting for justice for immigrants and refugees, because their struggle in the United States is too often one of life and death. It means working to bring about lasting peace and disarmament in a world scourged by forever wars. It means creating a society where Black lives matter.

I could go on, but you’re probably starting to see the point -- pro-life Democrats see a society and government that ignores and degrades human life far too often, and believe that any social progress has to begin right at the source of the problem, by creating a culture that consistently refuses to dehumanize people.

In fact, our modern political discourse acknowledges that in a lot of ways, both major parties engage in hypocrisy on life issues. Have you ever heard Republicans complain about how Democrats will “protect the marginalized,” but refuse to protect the most marginalized among us -- those in the womb? We pro-life Democrats agree. And the flip side is equally true. In South Carolina right now, the very Republicans who walk around brandishing their pro-life credentials are actively trying to bring back firing squads and the electric chair. Not very pro-life, say some Democrats. Once again, we agree -- there is no pro-life party in the United States today. In fact, much the opposite.

Consistently, I turn on the news and feel thoroughly disappointed by the failure of our political system to protect life. Even as we speak, I could rattle off the challenges we face. Look at the massive spikes in systemic violence against people of colour. Or at bombing campaigns in Yemen that have decimated entire communities. Or at the hundreds of thousands here who have died because of the Trump Administration’s decision to prioritize the economy over human life. Or at a culture that economically and socially victimizes women, forcing so many into the painful choice to sacrifice their own children. It’s disheartening, and it feels like things are getting worse -- life has no true home in modern politics. But remember, pro-life Democrats are everywhere. And we’re working day and night to take back our party. And we have a new vision for a party that protects all life, womb to the tomb. Our first big project on this blog will be a multipart series dedicated to exploring that vision -- how would a whole-life America work to address climate change? Protect the unborn? Expand healthcare access?

Let’s talk about it

© Young Pro Life Democrats, a project of Democrats for Life of America. All rights reserved.
___